Why Are We Needed?

Bullying is generally seen as repeated actions intended to hurt someone either physically, psychologically or emotionally. It is often aimed at certain groups or minorities because of their appearance, race, religion, gender or sexual orientation.

Most educationalists and psychologists agree that bullying is a learned behaviour. If this is the case, then it makes sense to teach children from the outset how to ‘not’ bully! 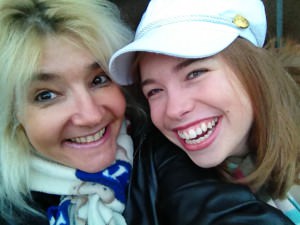 GR8 AS U R was founded by Jacqueline and Ellie Bea Hitchcock-Wyatt, as a result of Ellie Bea’s personal experience of bullying and Jacqueline’s exasperation at her schools’ inability to deal with it.

Ellie Bea was persistently bullied throughout here school life. So much so that when she was just 12 years old and after having to move schools several times, Ellie Bea had become an introverted and miserable young girl and had to resort to the help of a clinical psychologist.

Ellie Bea was lucky enough to have a supportive and understanding family – but that was not enough in itself. She found a role model in the hit US TV show Ugly Betty. Some of the coping strategies she learned from the show have turned Ellie Bea into a strong, confident and determined young lady. So much so that she co-founded the GR8 AS U R organisation to help other children in her situation from all around the world.